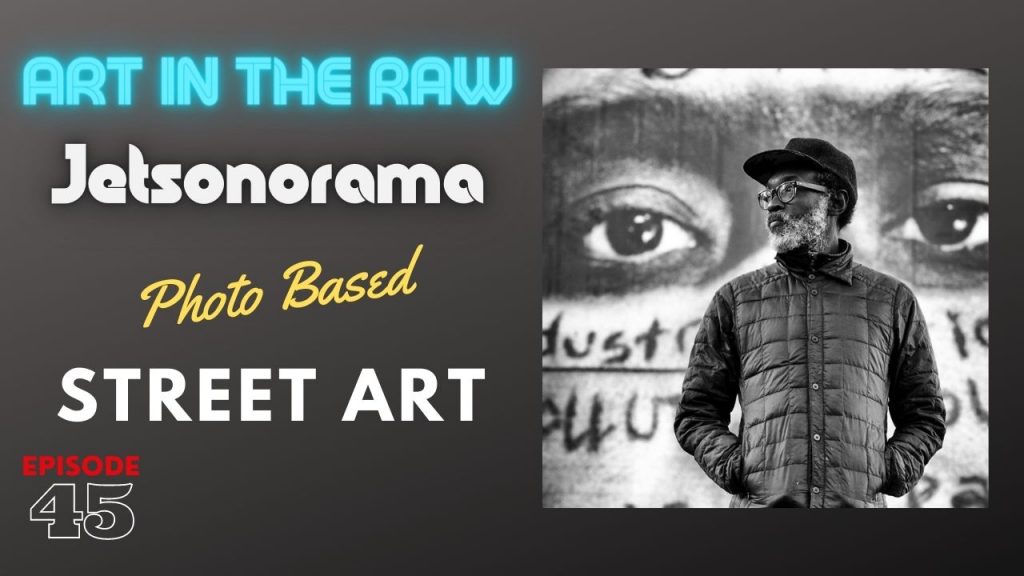 This is Art in the Raw conversations with creative people. Tonight. I’m excited to introduce you to Chip Thomas also known as Jetsonorama, Chip is a public artist, an activist, a photographer, a physician, and a storyteller. If this is your first time watching art in the raw, you might be wondering who I am. In a nutshell, I’m someone that’s been in love with art and music, my entire life. I’ve now been working in the professional gallery world for 15 years. And I started Art in the Raw about halfway through 2020 to keep people connected and inspired. If you see value in that consider subscribing and telling likeminded friends. If you’d like to know a little bit more about the show or tonight’s guest, take a look at the description below, but in the meantime, I’m excited to introduce you to Chip welcome Chip.

I’ve seen you described as a public artist, an activist. You’re a photographer. You’re also a physician. Let’s give people more, more context. You’ve been living on the Navajo nations.

Yes. I’ve been living here now for 34, actually over 34 years. I came out here in 1987. When I say out here, the area where I am is near the community of Shonto. So we, we are about 55 miles east of Page Arizona Northern Arizona about 30 miles from the border with Utah. But yeah, super beautiful area. Canyons not as many people now living a traditional lifestyle as there were, when I first came 34 years ago, but it’s just been an amazing opportunity to be in this community for this long being an intergenerational family practice position, who also it does public art and who uses art to advocate for the wellbeing of the community

When we originally met, or I originally learned of you, it was through your, your wheat paste art. Yeah. And that was actually many years ago and that was its own story. And, and I could be wrong, but it seems like maybe in the time period that you’ve been working in wheat paste, did you go from more elusive?

That is correct. So when I started wheat pasting in 2009, I was making wheat paste a pace from flour wheat, wheat flour, Bluebird, in fact, so this was 2009 and that was around the time. I think Benny 2010 Banksy’s exit through the gift shop came out. There were several street art blogs that were popular at the time Vandalog Woo-ster collective. The thing that was pretty consistent for many street artists at the time was to keep their identity obscured. I tried that for about 18 months or so as my pieces got bigger, it really helped to work during the day to figure out how to align the pieces properly. So when I was working with smaller pieces, I could sneak around at night getting pieces up as they’ve gotten bigger, I’ve engaged the community and, and the wall owners more, which is really nice because it’s deepened the nature of my relationship with the community, talking to people about why I feel this art project is important.

One of the rare situations that you’re in is you’ve had permission putting up piece’s on abandoned buildings,

The, um, buildings aren’t always abandoned. A lot of the roadside stands where I get work up. You know, people are still going to those stands on a regular basis selling art, but your point is well taken, in that the imagery that I choose to use, I like to say reflects the beauty of the community that they’ve shared with me over the time that I’ve been here. And there’s certainly a sense of continuity knowing families and their histories pretty, pretty closely. It’s an interesting thing because now that people know I’m the person doing the art, I feel that the art project has really deepened my connection to the community. People get the sense, for example, that the art that I’m putting up is coming from a place of love. So I would hope they would take a, take a moment to step back and wonder, well, you know, if his art practice has this component, what is he like as a physician? And I would like to think, you know, that same sense of caring and concern is present there as well. And people pick up on that. But yeah, it’s definitely been a unique journey, a fulfilling journey. It it’s been a while since I’ve gotten a Piece up that hasn’t been sanctioned. I appreciate the opportunity to talk with wall owners about why I’d like to use the wall for, for the purpose of putting art up and why I feel that’s important for the community. Fortunately, wall owners by a large around this region have been receptive. It

Transforms the, the community that you’re living in. And I I’d read that people really kind of appreciated that you could be driving through the land and see these beautiful murals of the people that actually live there. And it made it almost a friendlier community. Yeah.

Back in 2011, I was dating a woman who made an interesting observation, the tolerance of the community for something totally new and different is really a reflection on the community, which I think is a nice way of looking at this because there’s really not a tradition of muralism per se, on the Navajo nation. There’s not a history, of, a lot of public art on the, on the Navajo nation and the history of photography and native communities is fraught with, um, I mean it’s a problematic endeavor and in truth, I first came here in 1987 and one of the first things that I did was I built a home dark room and I’d go out into the community, spend time with folks. And to the extent they were comfortable, I, I like to shoot in a documentary style. Um, usually in black and white, got some captivating images of it over the years and has some opportunity to show work in various galleries around the country.

It’s been an interesting thing because I really feel that my art practice took a step forward and things became more reciprocal in a sense when I started putting the work outside rather than in and white cubes of, um, gallery walls, because I really have to be responsible to the community in a different way. When work is up in a gallery, very few people who are actually pictured in my images would see the shows, you know, would, would see the, uh, body at work. They would get copies of the photograph had included them, but they didn’t get a comprehensive sense of what I was doing or the story that I was telling. But, um, putting the work in a public space makes me be responsible in a way I didn’t necessarily have to be before.

Well, and I do think that’s an interesting situation and particularly involving photography and street art on a larger scale, the gallery museum scene versus the street art scene, a lot of people aren’t comfortable in museums or galleries. So when you start displaying your work in more of a mural or, or street art sense, it’s just kind of for everybody. And there’s something I think that’s just really kind of beautiful about that.

Yeah. Right on. And one of the beautiful things about that as well was, you know, during the pandemic, when we were in lockdown, especially, and people didn’t have an opportunity to go indoors to experience art, I appreciated having the opportunity to get work up outside that could be experienced by anyone driving by and hopefully instill something positive, something uplifting in them during a time. That was, um, that has been really hard, especially here on the Navajo nation. 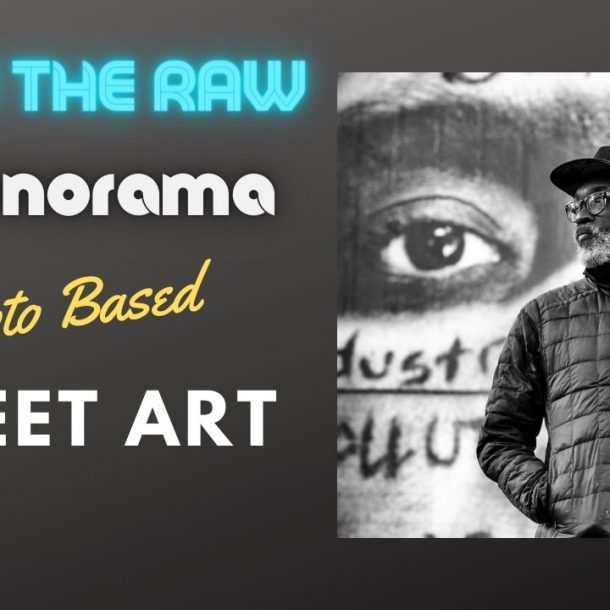 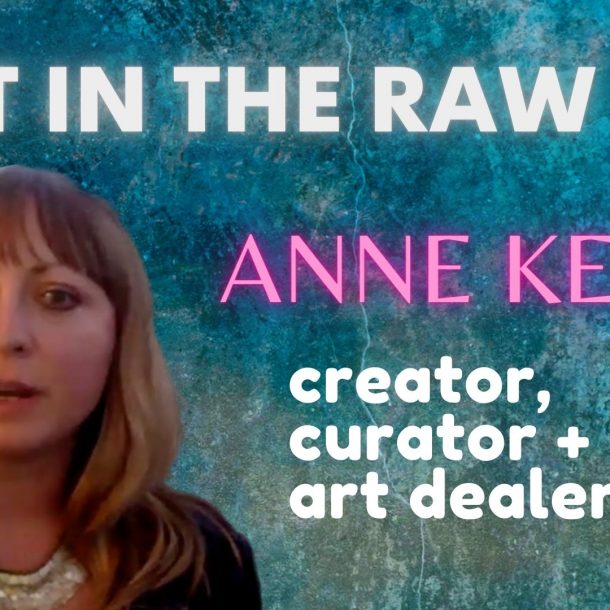 About Anne Kelly
Next Article